What is retrograde transvenous obliteration?

The procedure involves blocking the dilated vessels, reducing the risk of rupture. It can be used in addition to or as an alternative to TIPS, which is the primary treatment for gastric varices. TIPS aims to relieve the pressure on the dilated vessels by creating new connections between blood vessels in the liver using a shunt. 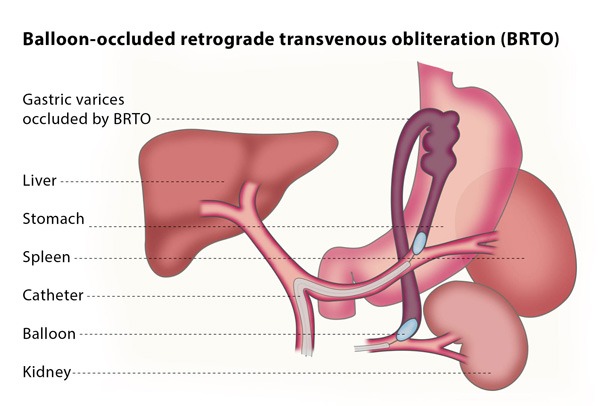 How does the procedure work?

The interventional radiologist will insert a catheter (a thin, flexible tube with a tiny balloon at one end) through a vein in your thigh or neck and guide the catheter to the liver using fluoroscopyfor guidance. The catheter is then directed to the gastrorenal or gastrocaval shunt and the blood flow is blocked.

The interventional radiologist will then perform a venography, which is a type of imaging technique in which X-rays are used to see the vessels clearly. This will allow the interventional radiologist to confirm exactly which vessels need to be treated and if there are any other abnormal or dilated vessels which have not previously been identified. A medication will then be injected into the dilated vessels through the catheter, until they are completely filled.

Another venography will then be performed, to confirm that the blood flow in the shunt has stopped. 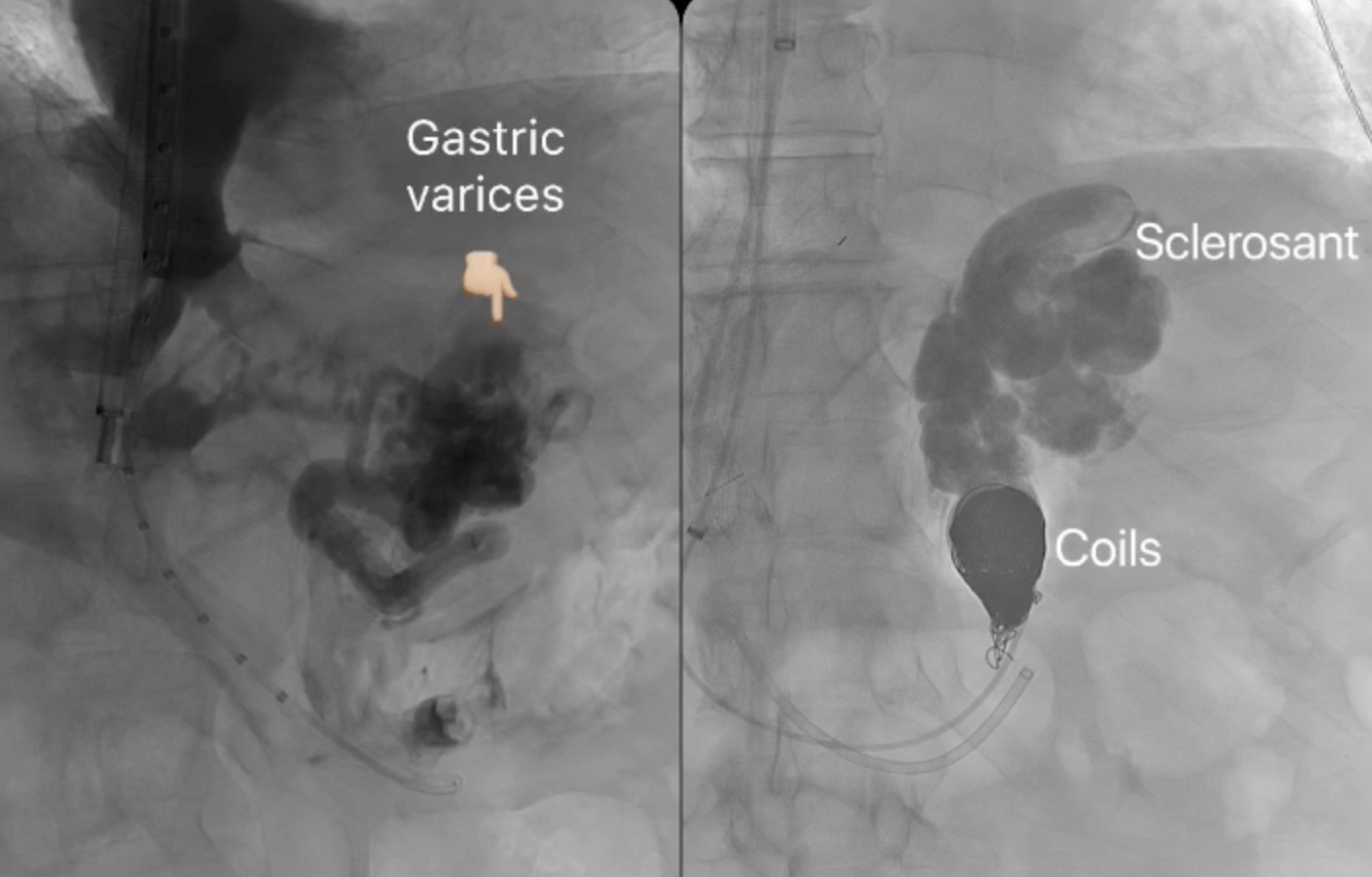